Do you want lightning-fast SCSS/SASS compilation? I did, so I set out to find the fastest that’s currently out there.

Please note, I’m not a benchmarking expert. There are other tools, such as gulp and webpack, that are not included here. However, I would expect those tools to have similar performance as grunt. Your results may vary. 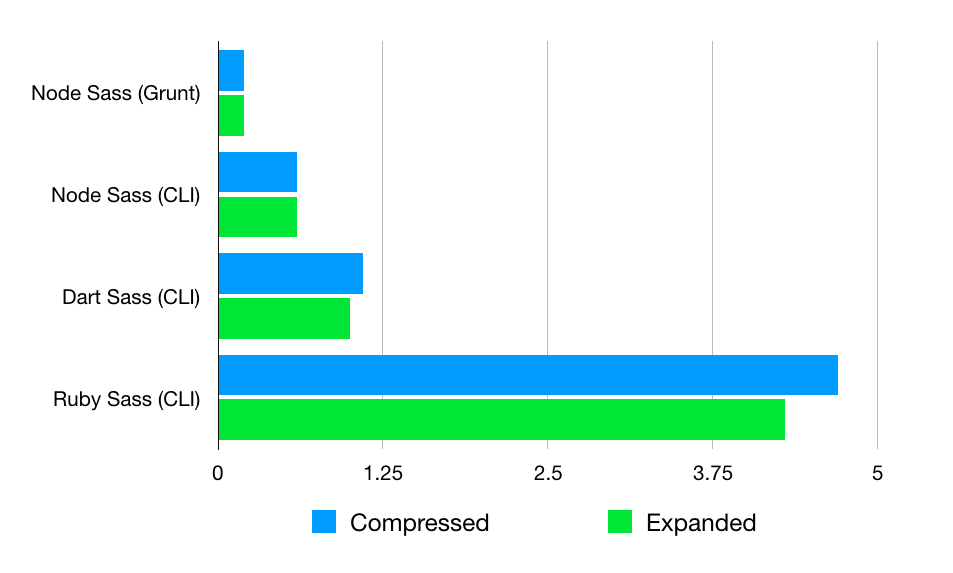 The first run is the same as running node sass standalone but it seems grunt caches part of the process which speeds up subsequent builds substantially when using a watch task. The grunt-sass repo recommends using fibers to improve performance. However, I didn’t see any difference so I’ve not included it here.

While not the fastest way to compile SCSS using node sass, it is still an attractive option for those that don’t use grunt. It’s easy to use in the command line so can be run as part of a continuous integration (CI/CD) process without requiring a task runner such as grunt, gulp or webpack.

Dart sass seems to be the most likely option developers would choose when presented with the ruby sass deprecation notice. In terms of speed, it’s still a massive improvement over ruby sass.

I would recommend moving away from ruby sass as there are faster options available and also it is now deprecated.